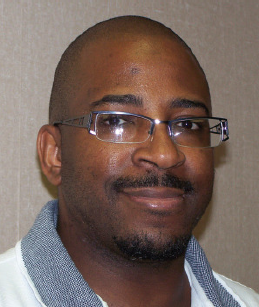 Stephen's Story - The Road To Acceptance 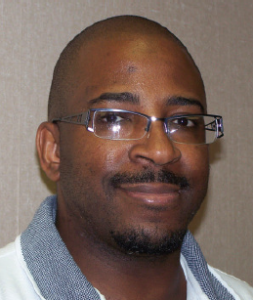 The road to acceptance that I have a mental illness has been filled with a lot of denial and shame; denial because I didn’t want to be labeled as “crazy”, shameful because I believed the lie that having a mental illness is a character flaw and a sign of spiritual weakness. Also, being a man, for so long I thought that “real men” aren’t supposed to struggle with mental illnesses. Being African American, I also have had to deal with the assumption among some in the black community that “mental illnesses do not exist in the black community”; of course, I now know this is not true because mental illnesses do not discriminate, but I know the feeling of being criticized by family members who thought that I was using my illness as a crutch because they did not believe that mental disorders were real illnesses.

There is a history of mental illness in my family. My maternal grandfather struggled with clinical depression and alcoholism; he died at the age of 39. My mother also struggled with mental illness and alcoholism, and her illness was exacerbated by being in a very abusive marriage. When my mother was 35 years old, she took her own life. The memories of my mother’s illness and what she struggled with every single day in the latter years of her life remind me that I need to do what I need to do to be healthy and stick to my treatment regimen.

I was originally diagnosed with clinical depression after a suicide attempt in 1993. I was so ashamed of my struggles that I hid it even from close family members and friends. I was also not compliant with my treatment because I thought I could “white knuckle” it with willpower and prayer. Not that I am against religion or faith, but for years I adhered to the notion that my mental illness was such a sign of spiritual weakness that I jumped through so many religious hoops, all to no avail in an attempt to get better. It got so bad that I eventually became disillusioned with religion until I embraced a healthier faith for my healing journey, a faith centered on grace and acceptance, and not legalism and condemnation.

I am so grateful for NAMI in helping me come to a place where I not only can find healing for this disorder, but acceptance amongst peers who are also struggling with mental illnesses and on the path to wellness. NAMI has given me so much hope and peer support and I could not be where I am today if it weren’t for NAMI. I am proud to be a member of such a great organization.

Education about mental illness is a crucial aspect of breaking the stigma that prevents so many people from getting help. #MentalHealth